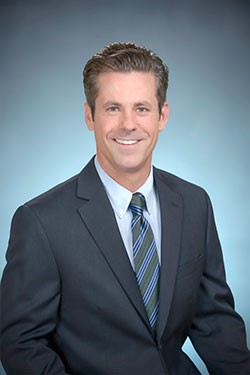 Responsible for property Acquisitions, sales, and financing. Mr. Cochran began his real estate career in the Investment Banking Group of Jones Lang LaSalle, where his responsibilities included asset disposition as well as property underwriting, financial modeling, and due diligence.

Mr. Cochran formed Insula Companies in 2009 to acquire multi-family properties in the Southeast. The firm has since acquired approximately 4,500 units valued at $225 Million. The firm now owns and or manages more than 3,300 units in two states.

The firm’s strategy is to acquire B/C class, garden style, value-add communities requiring cosmetic or substantial rehab as well as underperforming properties which may have management induced problems.

Mr. Cochran holds a bachelor’s degree in accounting from Ohio State University as well as an MBA from the University of Florida. Mr. Cochran also holds a Florida Real Estate Broker’s License and is an active member in the Young Presidents’ Organization (YPO). Responsible for property Acquisition, disposition, and financing, Mr. Talbot has over 13 years of experience in all aspects of multi-family investments throughout the Southeast. Before joining Insula Companies, Mr. Talbot was the Director of Acquisitions for Robbins Property, where he acquired and/or sold over 4,800 units, representing $325 Million, in Florida since 2011.

Mr. Talbot began his career as an investment banker at Morgan Stanley in New York. He holds a bachelor’s degree in finance from the University of Connecticut, and is a Licensed Florida Real Estate Broker. 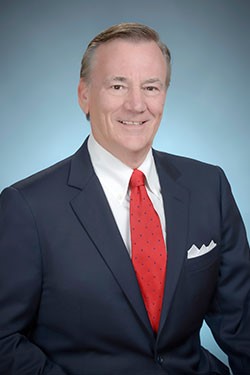 Before joining Insula Companies, Mr. Wilkins was the Chief Marketing Officer and Product Manager for ARC Healthcare from 2011 to 2013. From 2002 to 2010, Mr. Wilkins served as Senior Regional Vice President for Grubb & Ellis Securities, a managing broker-dealer for various investment programs, where he was responsible for the distribution of Grubb & Ellis Healthcare REIT and G&E Apartment REIT. From 1997 to 2002, Mr. Wilkins served as Senior Vice President for Jones Lang LaSalle in the Investment Banking Group, where he handled institutional real estate dispositions and capital market transactions. 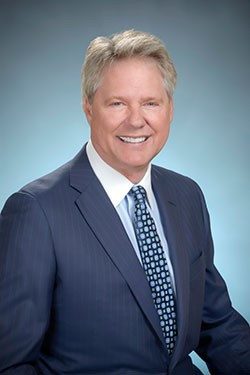 Mr. Fox began his career in 1978 as an Industrial Engineer Trainee at Hobart Corporation. In 1979 he taught himself to program computers and founded Micro Manufacturing Systems (MMS) to develop and sell ERP software to the manufacturing industry.

MMS became Symix Systems and was the leading provider of ERP software for the mid-market manufacturing market. In 1991 Mr. Fox led the team that took Symix public and positioned the company for accelerated growth. Mr. Fox retired as CEO in 2000 at which time Symix had more than 1,200 employees and revenue of over $125M. Symix’s software is currently in use in over 10,000 manufacturing facilities around the world.

In 1997 Mr. Fox led the Acquisition of Alkon Corporation, a developer and manufacturer of process control equipment for the ready-made concrete industry. In 2000 Alkon merged with Command Data, Inc. to form Command Alkon. Mr. Fox became Chairman of Command Alkon until it’s Acquisition in 2005 by a European based private equity firm.

Mr. Fox and his partner Fred Cochran, formed Insula Properties, LLC in 2009 to acquire distressed multi-family properties in Florida. The firm now owns more than 2,500 units in the Southeast. He earned a BS degree from The Ohio State University in 1978 and an MBA from The University of Dayton. He currently lives in Sarasota, Florida with his wife and three children.

Mr. Fox has also been recognized for his business accomplishments receiving numerous awards including Ohio State’s Fisher College of Business Young Professional Achievement Award and The Buckeye Boys Ranch Business Person of the Year. He has been recognized by the Ernst & Young Entrepreneur of the Year as well as the Columbus Chamber of Commerce Small business Entrepreneur of the Year programs. A three time honoree as an Inc. 500 "Fastest Growing Company along with being recognized as the CEO of one of Forbes Magazines "Best Small Companies in America".

Mr. Fox has been active in the community and professional organizations. He is the former Chairman of the Columbus chapter of YPO and member of the YPO International board of directors. He has served on the boards of United Way of Franklin County, The Boys and Girls Club of Columbus, The Society to Prevent Blindness and The Boy Scouts of America. Mr. Fox served five years as Treasurer and a member of the Board of Trustees of the Columbus College of Art and Design. He was also appointed by the Mayor to a six year term on the Columbus Development Commission. He currently serves as Chairman of the Board of Trustees for the Out-Of-Door Academy, a Cum Laude Society and college prepatory school with over 750 students.


Responsible for capital transactions including Acquisitions, Dispositions and Financing as well as Asset Management.  Before joining Insula Companies, Mr. Wilson was the Senior Financial Analyst for Marcus and Millichaps's largest brokerage team in Florida, where he performed valuations for over $6.7 billion of multifamily assets and was involved in $1.7 billion of transactions throughout the Southeast.

Mr. Wilson holds a bachelor's degree in finance from the University of Florida.